Sarkozy and the Higgs

A lot happened at ICHEP today, but I’ll stick to the presidential address and the Higgs.

Quick Higgs recap: we know that something gives particles mass. According to our best theory, known as the Standard Model, it is theHiggs boson. And if the model is true, then the Higgs’ own mass has to lie within a certain range. 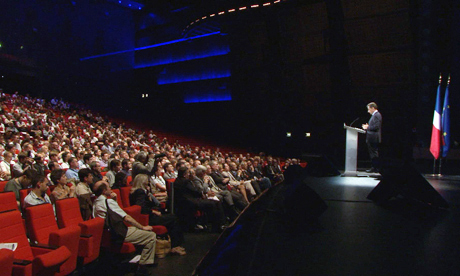 Ben Kilminster of Fermilab in the US presented the latest results on the search for the Higgs at their Tevatron collider.

See the Guardian Science blog for the rest of this post.

1 Response to Sarkozy and the Higgs