Conceptual design for a post-LHC future circular collider at CERN

This conceptual design report came out today. It looks like an impressive amount of work and although I am familiar with some of its contents, it will take time to digest, and I will undoubtedly be writing more about it in the future. 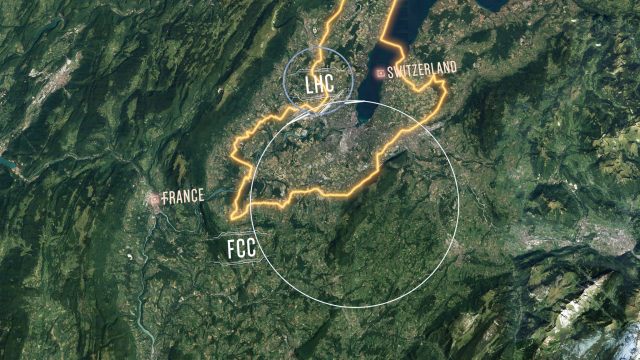 A couple of quick things now mostly regarding the press coverage so far. There a nice piece here by my old Guardian colleague Ian Sample. As he mentions, the project will be discussed intensively as part of ongoing process to update the European Strategy for Particle Physics. I’ll be involved in that process (many from the UK will, whatever is going on in the House of Commons right now) and I am keeping an open mind. However, as I told Pallab Ghosh in this article, this project would at present be my preferred Plan A.

The thing that surprised me in Pallab’s piece is that Sir David King thinks more research into climate change might save the world.

That Sir David doesn’t like particle physics much is not a surprise – he has form on this, having chosen the day the Large Hadron Collider switched on in 2008 as his moment to advance science by dumping on physics. He reprised that act in 2012 when the Higgs boson was discovered. But far as I can tell, while more information and understanding of our climate is definitely worth pursuing, the main blocker to addressing climate change is not lack of research. The research is pretty damn conclusive. It is lack of collective action that is missing. I wish we could work together better to tackle the threat; but I wouldn’t necessarily start that effort by shutting down one of the more successful trans-national scientific research institutions we have…

I’ve potentially set a whole bunch of hares running there I know. I am certainly well aware that there are many scientific, technical, financial and political discussions to be had before a decision on the future of particle physics and of CERN is made one way or another. Even if you accept that basic research is worth the investment, in competition with other demands (and many will not), there are competing projects in particle physics, never mind the rest of science. Nothing should be taken for granted, though as I said here, I don’t want to be part of the generation that gives up on this frontier of human knowledge.

The official FCC web pages are here. And here is the press release from CERN.